Murphy’s Law in an Audiology Practice 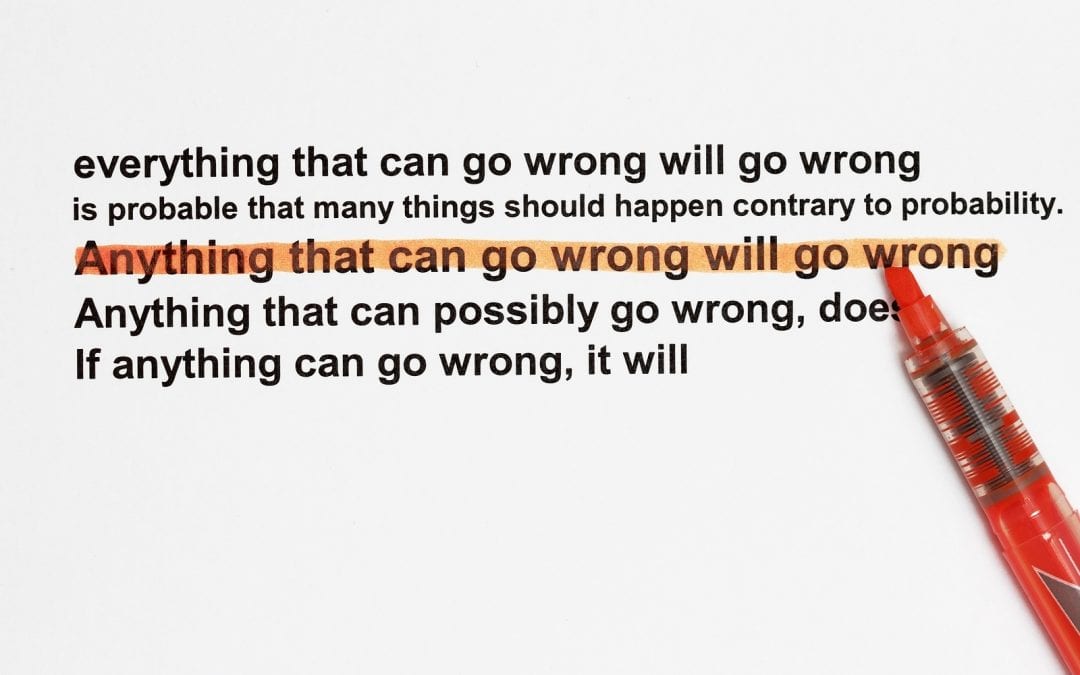 If you own your own business then you know that some days it just seems like anything that could go wrong does go wrong. Better known as Murphy’s Law. The reality is that stuff happens. Sometimes it’s something small.  Unfortunately there are times when the issue has the potential to cause a catastrophe in your business. There are two ways of dealing with problems. One is to wait until something happens and then figure it out. The other is to think about what could go wrong and then have a plan in place. Let’s look at some examples.

Your internet goes down. Because your office software is cloud-based you no longer have access to the software. You could call the cable company and complain that you can’t run your office so they need to get someone there immediately to fix it(because that always works).   Alternatively, you could have a data plan on your cell phone that allows you to use a hotspot to connect to the internet.

What if your phone system crashes and patients can’t reach you by phone? Again you could call the company that installed the system and expect them to send a tech right over to fix it (because that always works).   Or again, you could plan in advance to have a dedicated cell phone for office use where the landline number could be forwarded to in case of an emergency.

Planning for a Problem

The key to defeating Murphy’s Law is to have contingency plans in place before you need them. You can start to put together your contingency plan by reflecting on everything bad that has happened since you opened your doors. Ask yourself, “Could those things have been prevented with better planning?   Could the damage have been mitigated by having a contingency plan in place?”

The final step is to try and imagine what else could go wrong. Let’s look at a worse case scenario. What if your building were to catch on fire? What would your insurance cover? How would you prove the value of your contents? Do you have business interruption insurance to cover your expenses until you are up and running? How would you service your patients until then?

Let’s hope that you never have to deal with outcome of Murphy’s Law.  Unfortunately, by definition you probably will.  Be prepared.